Goldfinger – On-Location in Miami – Oddjob’s ride with Mr. Solo to his “pressing engagement” 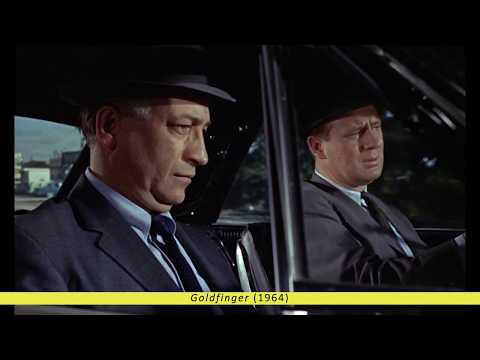 In the 1964 movie, GOLDFINGER, Oddjob leaves the Auric Stud farm with Mr. Solo in the back seat.  Mr. Solo thinks he’s headed to the airport.  Oddjob has other plans.

These scenes, which supposedly depict Kentucky, were actually shot in Miami, Florida in the USA. Join us as we follow their path while juxtaposing what the scene looked like in 1964 with the view today.