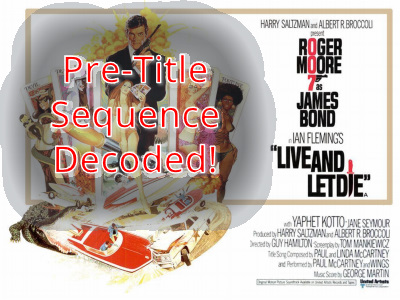 Funerals, coffins, knives, and snakes!  Ambassadors, jazz, heroin, and voodoo rituals!  And where is Bond??  Let’s dig in and decode the pre-title sequence to Live and Let Die!

Join Dan, Tom and Vicky on this fun podcast!

In this episode, we examine the pre-title sequence of Live and Let Die.   We dive into: