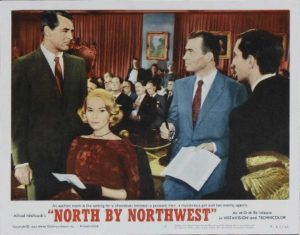 This is part 2 of a 2 Part North by Northwest podcast.

Episode Notes
This 1959 Alfred Hitchcock classic is one of the great spy movies.
In part 2 of this podcast, we’ll examine: