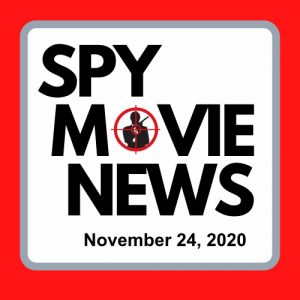 Be in the know in under 10 minutes! 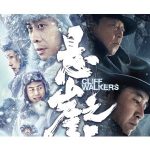 Join us as we take a no-spoiler, quick-fire look into the latest spy movie, CLIFF WALKERS. 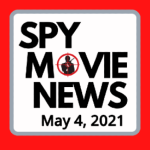 Ethan Hunt and The Syndicate

In this interesting article by Mike Reyes on Cinemablend.com, Reyes asks if Ethan Hunt has been secretly fighting The Syndicate his whole career. Reyes dives into the developments of the most recent movies and finds a pattern. We first hear of The Syndicate in Mission: Impossible – Ghost Protocol. Members infiltrate the intelligence community to bring it to its knees. Reyes talks about corollaries with SPECTRE in the Daniel Craig Bond movies. He has some interesting insight about the role of Kittridge, played by Henry Czerny , who is being brought back in the upcoming Mission: Impossible movies, suggesting that bringing him back helps cement the role of The Syndicate behind all of the Mission: Impossible movies.

Blowin’ in the Wind

Tom Cruise got some annoying tree branches cut that were disturbing Cruise and other actors. According to CinemaBlend.com, Cruise ordered some branches cut that were scrapping against his, and some other actor’s trailers during rest periods while filming Mission: Impossible 7. Given all that we’ve heard about the problems in getting this movie made, we’re glad this was one annoyance easily pruned.

THANDIWE NEWTON GOES BACK TO HER ORIGINAL NAME

Thandiwe Newton who played Nyah Hall in Mission: Impossible II is switching back to the real spelling of her name. She says the old spelling, without the “w” in her first name was a mistake from early in her career. She’s now adding the “w” back into her name

How About Robert Pattinson as the next James Bond?

In this article on Cinemablend.com, Jamil David posits that after looking at some art by Barret Digital, he thinks that Robert Pattinson would be a great James Bond. He’s positioning for Pattinson to take on the role post- Daniel Craig. The article includes a very James Bond-looking Pattinson. Could be an interesting choice, especially after his role in TENET.

Mads Mikkelsen, who masterfully portrayed Le Chiffre in Casino Royale (2006) had an interesting reveal about one famous scene in that move. In an interview published on TotalFilm, Mikklesen tells us that the torture scene after the poker game where Bond was naked on the bottomless chair with Le Chiffre swinging the knotted rope at one point was on the cutting table for a while. It was in, then out, and back in again. We are happy they kept it in as it showed a great side of Bond and the spy world that is often neglected in spy movies.

You can read the full interview on gamesradar.com.

Mads Mikkelsen Left What On a Plane?

In another article on Mikkelsen, he left his script for Casino Royale on a plane after falling asleep heading to his audition. He realized it after deplaning and they wouldn’t let him back in. Fortunately, it never turned up. The script had his name printed on every page. That could have been bad. This is one of a few tidbits exposed in a cinemablend.com article.

In what has to be a snub in the eyes of James Bond fans, BAFTA did not include some prominent James Bond actors in their “In Memoriam” section of this year’s film awards. Honor Blackman, Diana Rigg, and Earl Cameron were all not included in this year’s remembrance.

At least they mentioned Sean Connery.

BAFTA apparently looks at Rigg and Blackman as TV actors, not film actors as they included Honor Blackman in their BAFTA TV “In memoriam.” In a statement to Variety, BAFTA said: “BAFTA’s committee considered Dame Diana Rigg to be better known for her work in TV, so she will be included in BAFTA’s TV Awards broadcast this year“

Well, to us here at Spy Movie Fans remember them for their both movie and tv work. We wish BAFTA did too. At least the Oscars got it right.

It looks like Mads Mikkelsen who played Le Chiffre in the 2006 James Bond movie, Casino Royale, will be getting a new co-star for the upcoming movie, The Billion Dollar Spy. This Amma (Ahma) Asante (A SAN-tay)movie is based on a real-life Cold War story. Mads was supposed to co-star with Armie Hammer who was recently dropped from the project due to Hammer’s recent problems.

Billion Dollar Spy is expected to start production this year.

Check out this story on HollywoodReporter.com for more details.

One of the most confusing naming conventions used by a studio will have 20th Century Fox releasing The King’s Man on December 22, 2021. That’s two words “King’s” and “Man”. This often pandemic-pushed movie is supposed to be the prequel to the Kingsman series. The first two movie’s had Kingsman as one word.

This gets more confusing in an article on DigitalSpy talks about Kingsman 3, which it says “The one that’s not The King’s Man”. They say the rumored name for Kingsman 3 is Kingsman: The Blue Blood which will wrap up the trilogy of the first two movies with Harry Hart and Eggsy. Yeah, I’m confused too. Creator Matthew Vaughn is quoted as saying: ” We need to make I, because I don’t want Colin in a Zimmer frame, or Eggsy with nappies. So we need to get on with it.”

One other reason to hurry up with that is that there have been some rumors that Taron Egerton could be in the running to replace Daniel Craig as James Bond. This could get interesting.

The upcoming Liam Neeson’s movie, Memory, has filled its main casting with the addition of Guy Pearce (Pierce), Monica Bellucci, Harold Torres (TORE-es), Taj Atwal, and Ray Fearon (FEARon). Neeson plays an assassin with Pearce, Atwal, and Torres as FBI agents. Monica Bellucci plays a tech mogul. The movie, based on the Belgian movie The Memory of a Killer, and the book, “De Zaak Alzheimer”, is currently in production in Bulgaria.

The adaptation of David Ignatius’ novel, “Quantum Spy” has picked it’s lead actor and it’s Mortal Kombat star, Lewis Tan. Tan will be both the star and co-executive producer. Tan will play a CIA officer who needs to hunt down a Chinese mole at an American Quantum research lab. This may end up being a television show instead of a movie. More details to come later.

The US rights to the 6-part European spy drama Spy City have been picked up by AMC. Plans are to start the show April 15, 2021. Dominic Cooper stars as a British Secret Intelligence Service spy set in Berlin during the height of the Cold War.

The 1930’s tale of espionage with Northern China and Japanese, called Cliff Walkers debuted in the US on April 30th. According to a review on movieweb.com, the movie has many Hitchcockian character twists. Four spies are on a mission that requires them to parachute into a wintery forest. Their cover had been blown. There are seven chapters to the movie with numerous double-crosses. We’re excited to be able to see this and will release our Quick-Fire podcast on this movie in the next few days.

In an interview at APOS, James Murdoc, former CEO of 21st Century Fox, said “The substantial if not complete collapse of the theatrical window in the US and a lot of other markets is here to stay now.” He also talked about how COVID-19 has accelerated this thinking. He also talked about how rebundling is already happening in the streaming industry and for the consumer “your total price is already where it was with cable, if not higher.” “There is a real question about what the creative output is going to look like within these large conglomerates and what established and talented creators are going to want to do.” So, the times, they are a-changin

APnews.com reports that Jason Matthews, the award-winning novelist who had a 33 career in espionage with the CIA and who wrote “Red Sparrow” thrillers, died at age 69 .

Paul Ritter, who played Guy Haines in the 2008 James Bond movie, Quantum of Solace, passed away on April 5th. If you remember, Guy Haines was the special envoy to the Prime Minister who was in the opera scene. He’s the first picture that Bond took of Quantum at the opera. Bond didn’t recognize him, but Mathis did.

You can read more in this article on HollyWoodReporter.com.

Helen McCrory who played Clair Dowar MP in the 2012 James Bond movie Skyfall passed away on April 16, 2021. Ms. McCrory also is known for her roles as Narcissa Malfoy in the Harry Potter movies as well as Polly Gray in Peaky Blinders.

Here are the links to the sources for today’s Spy Movie News: 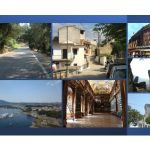 James Bond Filming Locations Around the World – with Johannes Eklund

Visiting James Bond movie locations is fun, and we have the expert with us today – Johannes Eklund who runs http://www.JamesBondLocations.com !

You Only Live Twice is Sean Connery’s 5th outing as James Bond – join Dan, Tom & Vicky in a scene analysis with connections to other movies, and a lyrics analysis too! Nancy Sinatra or Julie Rogers? Some hidden gems!