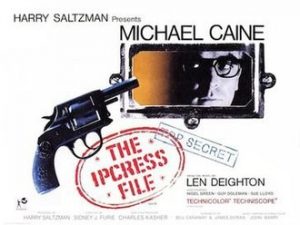 Join Dan and Tom and they take a fresh look into one of the more significant spy movies of the 1960s, The IPCRESS File.

Starring Michael Caine as Harry Palmer, this movie has a lot of Bond connections in staff, including Harry Saltzman as producer!  Great acting, great, gritty spy adventure and based on Len Deighton’s novels.

Looking at what was happening in the world at the time, and key scenes.  Is Harry Palmer at all like James Bond?  Let’s see!

Here is a link to this episode’s sponsor, Spy Coffees.  Enter SPYNAV at checkout in the box that says “Have a coupon code?” and then press “Apply” to get a 20% discount.

This episode dives into The Ipcress File.   We examine: 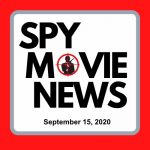 Here’s our September 15 2020 edition of Spy Movie News with the latest updates on Mission: Impossible 7, Red Notice, Five Eyes, TENET, The Duke, NO TIME TO DIE, and some Idris Elba and spy industry news.

Please note, this article was created from our Spy Movie News podcast. If you want to listen to it, instead of reading it, you can find the podcast here.

WIFE OF A SPY

Here’s an update on TENET from Europe and the US.

So what does this mean? Read their article for more info, but it does make one wonder! And they point out we should take another look at the most recent movie poster release for NO TIME TO DIE. Anything about the date pop out? Check out their article.

JAMES BOND, LIFE AFTER NO TIME TO DIE

So that’s it for this edition of Cracking the Code of Spy Movie News. Be sure to check out our website, SpyMovieNavigator.com, and our podcasts on your favorite podcast app, we have a YouTube channel too. Tell your friends about us.

We’ll catch you in the next edition of Spy Movie News. 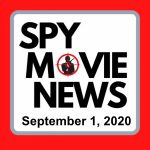 Here’s our September 1st, 2020, edition of Spy Movie News where we are Cracking the Code of Spy Movies with the latest updates on TENET, Mission: Impossible 7, and NO TIME TO DIE, plus we look at some industry trends.

Listen to our September 15 2020 edition of Spy Movie News with latest updates on Mission Impossible 7, Red Notice, Five Eyes, Tenet, The Duke, No Time to Die – and some Idris Elba and spy industry news! 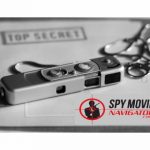 Join Tom and Dan & special guest host Vicki Hodges (from the UK) as we discuss the gadgets in ON HER MAJESTY’S SECRET SERVICE and LIVE AND LET DIE – and some Bond movie locations that have been visited and celebrities met! 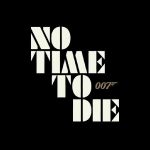 Join Dan and Tom and Vicki as they dive into the new No Time to Die trailer released September 3, 2020!

In this September 1, 2020, edition of Spy Movie News, we look at the opening of the movie TENET, news from the MISSION: IMPOSSIBLE 7 front, a bit on NO TIME TO DIE. 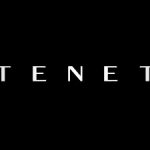 NO SPOILERS! SpyMovieNavigator’s co-host, Vicki Hodges, lives in the UK and she saw Tenet on opening day there, August 26 2020. Here is a Quick-Fire look at the movie, with NO SPOILERS! 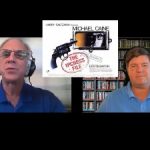 Join Dan and Tom for Part 2 as they take a fresh look into one of the more significant spy movies of the 1960s, The IPCRESS File.