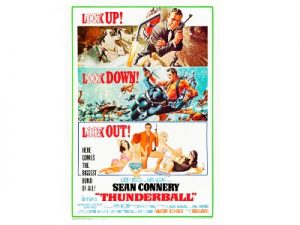 THUNDERBALL was originally slated to be the first James Bond movie.   Dan and Tom dive into things that surround key scenes, and events that really happened in the world that influenced this film, including the 1958 movie, THE SILENT ENEMY.

Join the fun in Cracking the Code of THUNDERBALL – some interesting reveals! Part 2 of a 2-part podcast.

Part 2 picks up with the flight of he Vulcan with the nukes!  Interesting trivia facts & insights!

In Part 2 of our James Bond 007, Thunderball podcast, we examine: