Dan Silvestri and Tom Pizzato developed the concept for SpyMovieNavigator.com, the Worldwide Community of Spy Movie Fans!  Spy movie podcasts, videos, discussions and more!  After spending a combined 50+ years in the high tech business, they wanted to return to their passion. 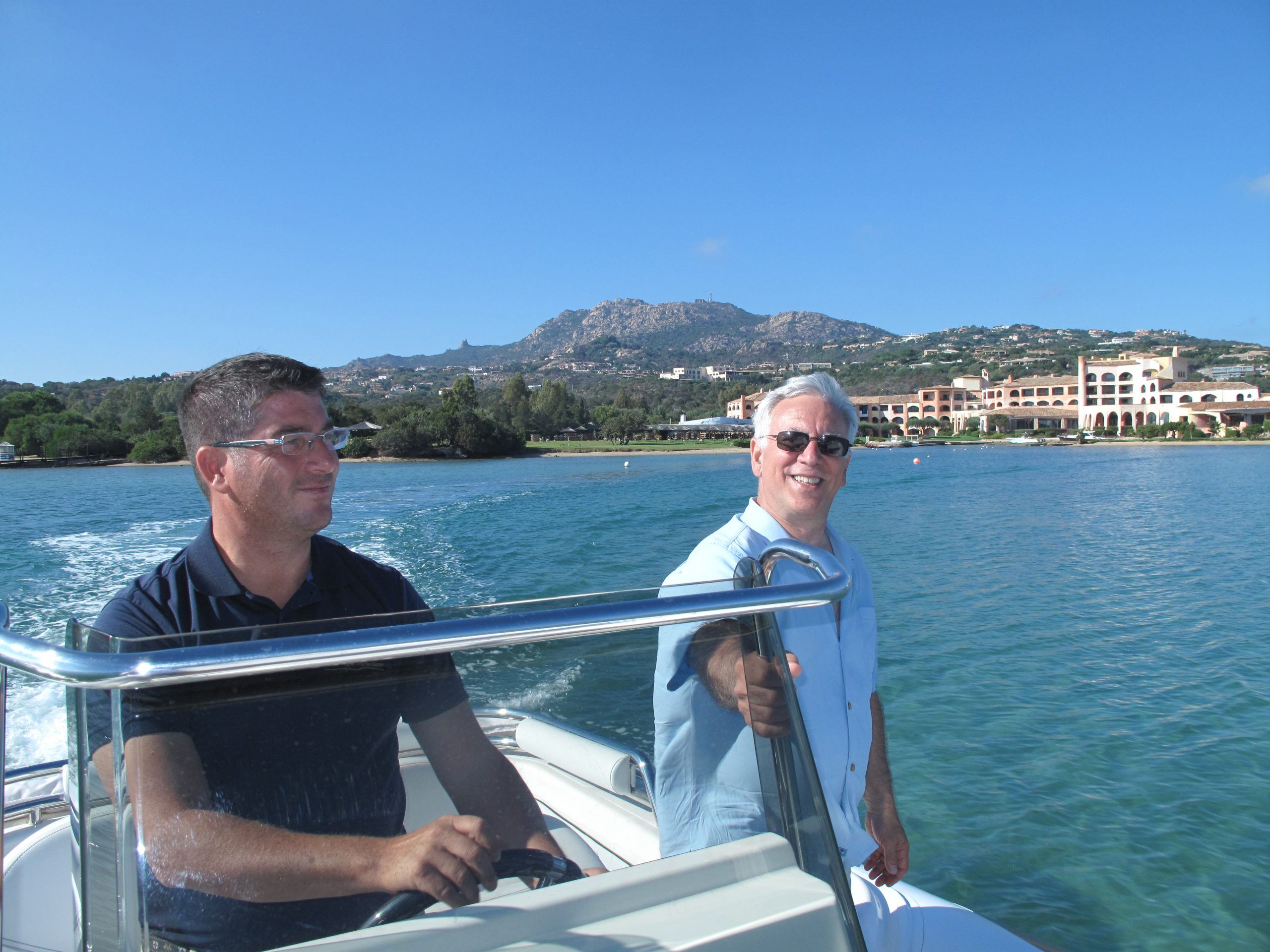 Dan Silvestri (right) with Cala di Volpe hotel in background, from The Spy Who Loved Me (where Naomi collects Bond) 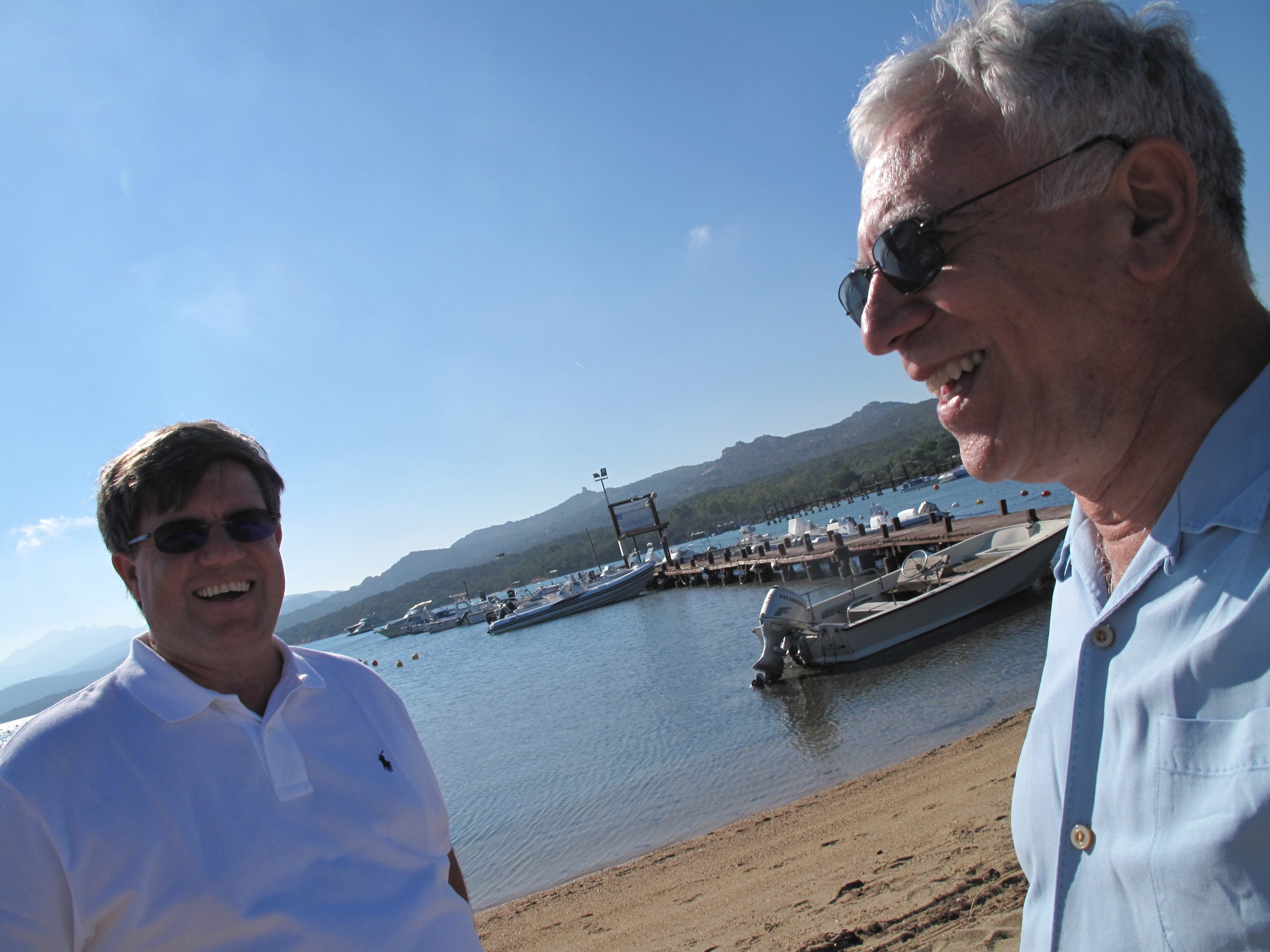 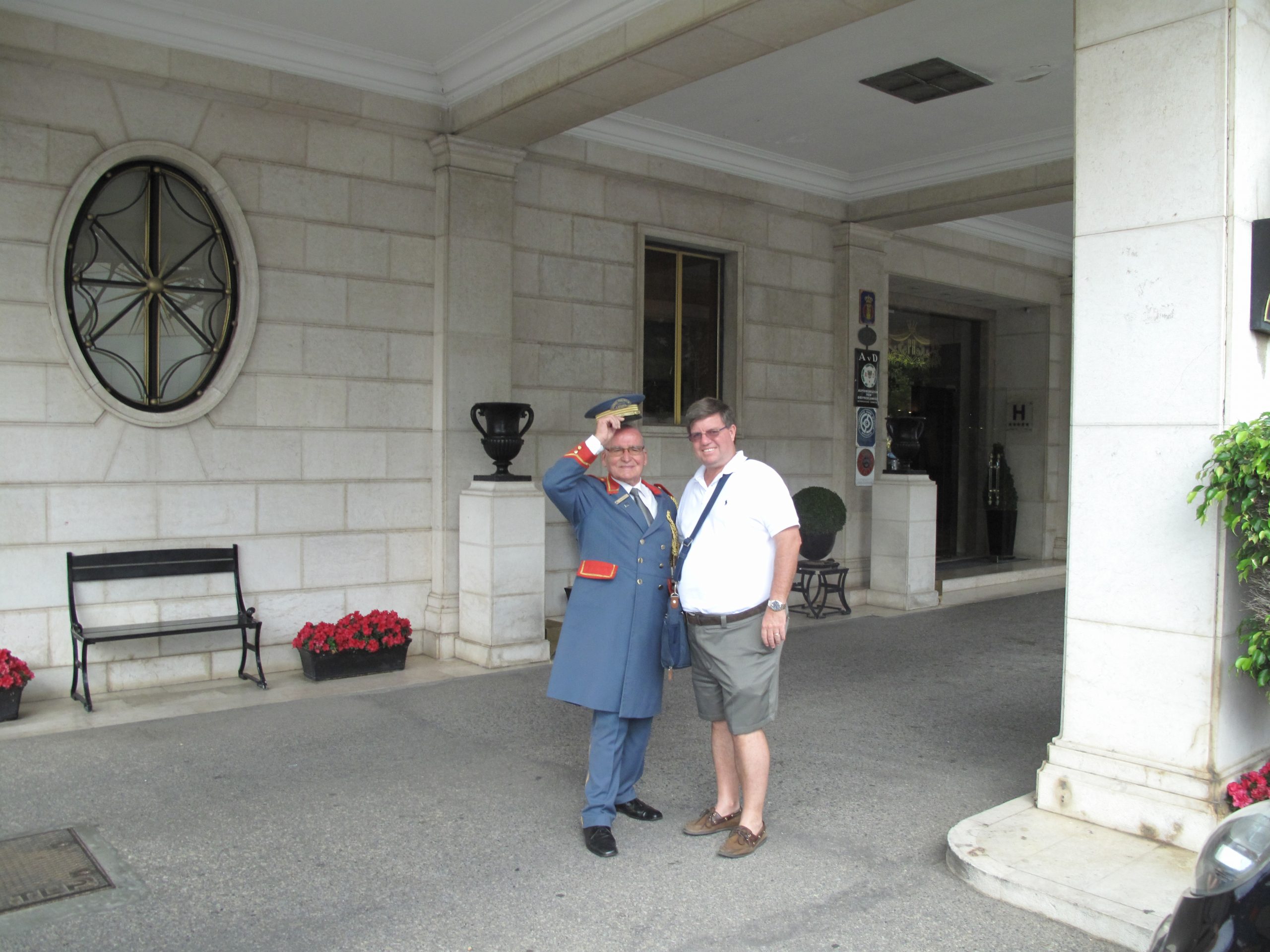 Tom, with José Afonso who appeared in On Her Majesty’s Secret Service. At Palacio Hotel, Estoril Portugal

They’re big spy movie fans!   When they looked online, they saw a bunch of sites dedicated to James Bond and not much else.

While big Bond fans, they also found this a bit frustrating as there are hundreds of spy movies that have been made.  But how are they interrelated?  What are their origins?  Can scenes and themes be found in other spy movies?  And how have these spy movies influenced each other??

So they started thinking.  As they see it, there are at least 4 main genres of spy movies and they wanted to create a place to discuss all of them and how they are interrelated.   So they will start with these 4.

Obviously, one genre is James Bond.  The others are the Mission: Impossible and Jason Bourne series and one we’re calling The Best of the Rest.  This Best of the Rest is a category of other spy movies other than the Big 3.  In this genre, we think of things like Hitchcock’s 1935 film The 39 Steps which is generally regarded as the first spy movie, 1962’s The Spy Who Came in from the Cold, to more modern films like the 2011 Tinker Tailor Soldier Spy, and even Atomic Blonde, American Assassin and Red Sparrow which made spy movies a lot more bloody and gore.

We mentioned The 39 Steps – in that film, you see for the first time a helicopter pursuing the target – of course, we are going to see this in many spy films to come including, From Russia With Love, The Spy Who Loved Me, SPECTRE, Mission: Impossible 1 (1996), Mission: Impossible Fallout, and others.

And we want your participation!   Part of what we are doing is building a worldwide community of spy movie fans.  Maybe you’re a Bourne fan and don’t like Bond, or you like Bond and Mission: Impossible but not Bourne, or maybe you like some spy movies from the main three genres and others outside the main three.  Starting with the first 4 genres, we will cover over 50 films.  We will have something for all spy movie fans, and we will continue to grow the site by adding more movies or genres that we find are great, or relevant ones you suggest.  A category for spy comedies (like Our Man in Havana, Austin Powers, Kingsmen, Burn After Reading, Spies Like Us, etc.)?  Films based on John Le Carre and or Tom Clancy novels?  Together with you, our spy movie fas community, we will see what missions are ahead for us all!

We will look for interconnections, relationships, unique concepts, and key scenes in all these genres so that we can all learn something new.   As an example, if you’ve seen Thunderball, have you also seen 1958 film The Silent Enemy?  The Silent Enemy brought the underwater ‘henchman sled’ called underwater chariots to the big screen 7 years before Thunderball.  And they are launched from a ship, as later in Thunderball they are being launched from the villain, Largo’s boat, the Disco Volante.   If you haven’t seen it, check it out.  It’s a fabulous movie based on a true World War II espionage story.

We are looking for you, as part of our spy movie fan community, to contribute your ideas, insights, and photos to this effort and to the overall distribution of this info through our SpyMovieNavigator digital properties.   Think of it as a two-way street, with info constantly going out and new info coming in – SpyMovieNavigator is partnering with our community of spy movie fans to gain new insights, see new connections, and have some fun together talking about spy movies!