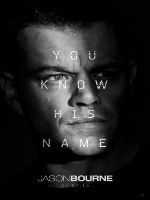 Nicky Parsons (Julia Stiles), whom Bourne sent into hiding in The Bourne Ultimatum, gains access to sensitive CIA files. She contacts Bourne to share information about his past, including how he was recruited for Operation Treadstone and his father’s role in that operation. Bourne learns that his father, Richard Webb (Gregg Henry), designed Operation Treadstone and was assassinated by the CIA because he did not want his son to enter the program and become a killer. CIA director Robert Dewey (Tommy Lee Jones) hunts down Parsons and Bourne using a foreign asset (Vincent Cassel) and the technical skills of CIA Cyber Ops Division head Heather Lee (Alicia Vikander), while Bourne plans to avenge his father’s death. Bourne first tries to make the man who recruited him into the CIA confirm his understanding of his father’s death. He then plans to avenge himself against Dewey. Meanwhile, Lee wants to bring Bourne back into the CIA’s special operations and Dewey allows her to believe she has his support even though he plans to eliminate Bourne.

There is a subplot involving Operation Iron Hand, a surveillance program that will have secret access to a giant social media service called Deep Dream. In the past, the CIA and Deep Dream have had a contract to work together, but Aaron Kalloor (Riz Ahmed), its founder and CEO, wants to end this cooperation. When Dewey refuses to allow any such change, Kalloor plans to reveal his relationship with the CIA and its plans to violate the privacy expectations of Deep Dream’s millions of users. Dewey plans to assassinate Kalloor before his planned revelations. – source Wikipedia