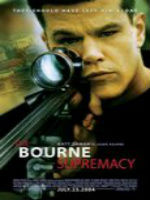 In the second installment of the Jason Bourne series of films, we find Jason still dealing with his amnesia. He tries to remember more of his past. Jason is continuing to be involved with the CIA and Operation Treadstone, which he tries to understand.

It is also in this film that Jason is told his real name, David Webb.