Many movies get ideas for their scenes from either other movies or real-world events.  Think about the jet-pack in Thunderball or the dinner jacket that 007 reveals when removing the wet suit in Goldfinger.  Were these ideas made up for the movie or were they based on real events?  Spy Movie Navigator is starting an on-going series of podcasts that cover scenes like these.   We will tie the scene back to either another movie or a real-life event of which the scene may have been based.

In this episode, Dan Silvestri and Tom Pizzato will examine the first six James Bond movies and look at the roots of some of their scenes.  We’ll discuss those two scenes from Thunderball and Goldfinger and also look at many other scenes in these films to identify their roots.

How Events in the Real World Affect What Goes Into Spy Movies!

Have you ever thought about how events in the real world and other movies could affect and work their way into some of our favorite spy movies?  Well, think about it a minute because that’s what we are going to explore today on Spy Movie Navigator.  (MUSIC)

Let’s start by looking at some of the Bond films –  the biggest success franchise in all of spy films and a few others.

The first real fact is, of course, Ian Fleming got the name James Bond from one of his favorite books, Birds of the West Indies, by…. James Bond.

Dr. No was written in 1957 by Ian Fleming, published in 1958, and was his 6th James Bond novel.   The movie Dr. No, EON Production’s first Bond movie, came out in 1962.   So, here is the first instance the real world affecting this spy movie:

From Russia With Love – 1963 – released in 1963 by EON Productions as their second James Bond film, and Ian Fleming’s 5th James Bond novel published in 1957 (the year the Soviets launched Sputnik, the first man-made satellite), was heavily influenced by the times – and the Cold War.   The tensions between the US and the Soviets was at an all-time high.  Remember, the Cuban Missile Crisis (the showdown between Russia and the US) was in October 1962, the year EON was filming From Russia With Love.  So, once again, EON Productions was brilliant in their release of From Russia With Love!

Goldfinger – 1964 released in 1964 by EON Productions as their third James Bond film, based on Ian Fleming’s 7th novel of the same name, published in 1959.  In the pre-title sequence in the movie (not written in the novel) is James Bond in a wet/dry suit emerging from the water, setting explosives, and then removing his wetsuit (really a dry suit) to reveal a perfectly neat and crisp white dinner jacket, bow tie etc.    Ah, you are thinking like we were thinking – what is the chance of that really happening or being able to happen?!

Well, let’s talk to MI6 about a similar WW-II operation!  In an article by David Harrison in April 2010 for The Telegraph, he reveals that a Jeremy Duns,  a British writer, was researching a new book.  He found out that a Dutch spy used a very similar technique to infiltrate a German-occupied mansion in the Netherlands during WW-II.   From the water, he emerged in a wetsuit.  Underneath this specially designed wetsuit, he wore the evening wear.  His evening wear would make him look like he belonged, and he could slip past the guards into the party.   He was supposed to extract two comrades and escape.   Well, Jeremy Duns thinks that a Brit screenwriter, Paul Dehn, who was called in to polish up the Goldfinger script, knew about this WW-II incident, because he was a former intelligence officer in WW-II.  Hmm!   The original script did not have this scene, and, as said, it was not in the novel.     He feels it is too much of a coincidence that this scene was written into the screenplay by Paul Dehn, who most certainly was aware of this WW-II operation!  True real-life incident put into the movie!

Skipping ahead, at the point in the film where Bond is captured by Goldfinger’s henchmen after another great car chase scene, Bond finds himself strapped to a metal table, as Goldfinger is about to demonstrate his new toy – a laser beam.  Here in the film, the laser beam is directed at the base of the table and is guided to rise-up between Bond’s legs, into his crotch and eventually kill him.   In the book by Fleming, published March 23 1959, there were no lasers yet – and so this device was a table saw.   The laser was not invented until 1960.   The first working laser was built on May 16, 1960 by Theodore H. Maiman at Hughes Research Laboratories based on the theoretical work of Charles Hard Townes and Arthur Leonard Schawlow.   The term laser came to be an  acronym for “Light Amplification by Stimulated Emission of Radiation.”   Again, EON Productions was brilliant at integrating a real-life happening, the invention of the laser, into this film which was being shot in 1963 for release in 1964.  And at the time, this was a very high-tech scene in Goldfinger!  We cannot think of another film of any kind using a laser before Goldfinger, so here is another first for EON Productions!

This scene is famous the world-over for the laser, and for the dialogue: Bond: “ You expect me to talk?”  Goldfinger” “No, Mr. Bond I expect you to die!”

Thunderball – 1965 Thunderball was Ian Fleming’s 9th James Bond novel, published in 1961, and EON Production’s 4th James Bond 007 movie, which opened in 1965.   Thunderball probably would have been the first movie produced but there were some copyright issues that were delayed in settlement.  Kevin McClory and Fleming had worked on a script that never made it to production.   Fleming used part of it for Thunderball, and eventually a settlement was reached.  Thunderball is the only early EON production  movie where the producers are not listed as “Cubby” Broccoli and Harry Saltzman.  Here they are listed as Executive Producers (which is a lesser status) and McClory is listed as the producer.   Also, McClory got the right to produce his own James Bond film based on his Thunderball contributions and eventually did Never Say Never Again which is basically the same story.

But we digress!   In Thunderball, SPECTRE is at it again.  So, we get away from the US versus the Soviet Union and have this other entity as the enemy again.   Remember in Dr. No we were introduced to SPECTRE.

Of course, by 1961 when the novel was published, we had lots of atomic bombs in the world, and there was an arms race between the Soviet Union and the US.  So, atomic weapons were on everyone’s minds.

Now, you will remember in Thunderball, Bond is sent to inspect the hull of the Disco Volante, Largo the villain’s boat.  Bond is discovered too by Largos frogmen, as Bond was taking photos of the hull to determine if there was an underwater hatch.   Bond, more luck than Crabb, escapes.  The photos showed an underwater hatch which leeds Bond to think Largo’s entire operation (the theft of the plane carrying to nuclear missiles) might be underwater – including the plane that was hijacked.  Is there a connection between the Crabb event and these scenes in Thunderball?  The MI6 officer in charge of the Lionel Crabb underwater deployment and mission was Nicholas Elliott – a friend of Fleming’s!

Also in Thunderball, the jet pack, was real and flown by Bill Suiter, who demanded using a helmet which is why Sean Connery as Bond puts on a helmet when he takes off.

You Only Live Twice – 1967 Ian Fleming’s 12th novel published in 1964 (counting the For Your Eyes Only collection of short stories, and it’s the last novel published before his death), and EON Production’s 5th James Bond 007 film which opened in 1967.  The movie has little to do with the actual novel.   Here, the beginning of the movie depicts the death of James Bond, complete with obituary in the newspapers.   There is a burial at sea for Commander Bond, and when the body sinks to the bottom of the ocean, scuba divers retrieve the body and bring it to the awaiting submarine where it is taken aboard, the wrappings open, only to reveal a live James Bond who quips, “Request permission to come aboard, Sir.”

Thank God Bond is alive – we were worried, right?   His death was faked to throw off the enemy .  Of course, that means they knew who James Bond was, which is often the case, but that’s another podcast!

On Her Majesty’s Secret Service – 1969 Ian Fleming’s 11th novel, published in 1963; and EON Production’s 6th James Bond 007 movie, showing in 1969.  The first Bond movies without Sean Connery, George Lazenby steps in to be Bond and to be bonded – married – to Teresa Di Vincenzo (Tracy) – played by Diana Rigg.

In his mountain-top laboratory, posing as an allergy clinic, at Piz Gloria (Schilthorn, Switzerland  Blofeld is brainwashing young women to deliver a chemical agent that will stop plants and animals from reproducing- creating a tremendous food crisis.  The setting is spectacular – we have been to Piz Gloria about 10,000 feet up! 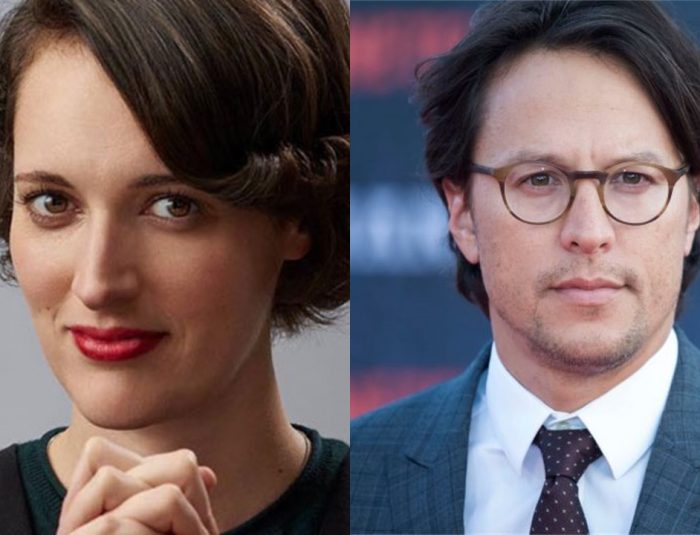 Join Dan and Tom as they dive into how Phoebe Waller-Bridge and Cary Fukunaga team up with two different backgrounds on NO TIME TO DIE. Will this team work? 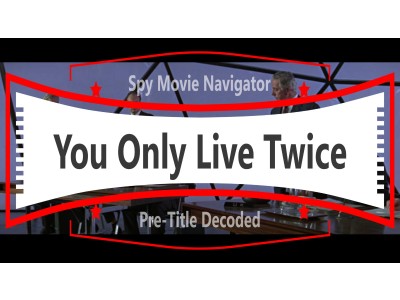 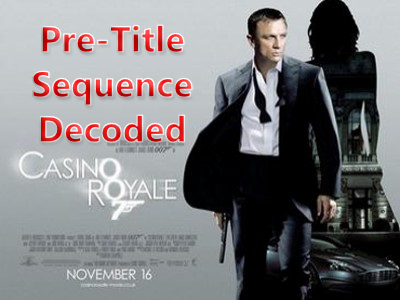 Join us today as we take a gamble getting Daniel Craig’s first outing as Bond as we look at the pre-title and title sequence of Casino Royale!