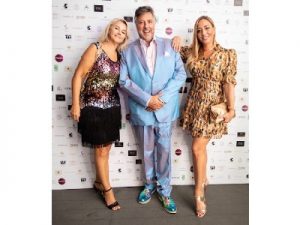 THE IPCRESS FILE series through is now showing in some countries, will show in the US on AMC+ and stars Joe Cole as Harry Palmer, Tom Hollander as Major Dalby, Lucy Boynton as Jean Courtney, David Dencik as Colonel Stok and other great cast members as well!

So, join us with our discussion with Steven Saltzman!

In this podcast, Steven discusses: