Do you remember the metal yard in Goldfinger where Mr. Solo met his “pressing engagement”?   How about the Kentucky Fried Chicken where Felix Leiter and Simmons are waiting to find 007?  Or, do you remember the wonderful hotel where Auric Goldfinger cheats at cards, Felix Leiter meets with James Bond (who is having a massage), and Jill Masterson meets her golden demise?

All of these scenes were actually in Miami, Florida in the USA.

Join Dan Silvestri and Tom Pizzato on their journey to Miami to find out what has happened to these, and other,  Miami-based filming locations from the fantastic movie, Goldfinger.

Goldfinger – On-Location in Miami – Oddjob’s ride with Mr. Solo to his “pressing engagement”

All That Glitters – the Gold in Goldfinger – Part 2

As you recall from the movie, Goldfinger, Bond escapes from his confinement cell and overhears the plans for Operation Grand Slam.  We also know that Mr. Solo, who was one of the gold investors in the Operation, wants out.  Goldfinger graciously allows him to get out of the deal, and instructions his people to get Mr. Solo’s gold, load it in the car and for Oddjob to take Mr. Solo to the airport.   Of course, this is all taking place at Goldfinger’s ranch in Kentucky, but the set for the ranch was built at Pinewood Studios outside of London.  The filming of the next couple of scenes was actually done in Miami!

Bond slips his homing device in Mr. Solo’s suit jacket, along with the note about the Operation Grand Slam plans, as he is getting into the Lincoln that Oddjob is driving.  As they drive off, theoretically to the airport (though we don’t know how Mr. Solo would have checked his million dollars worth of gold at the airport!),  Felix Leiter is waiting near his car in the parking lot of a Kentucky Fried Chicken shop.   This shop is located at 701 NW 119th Street in Miami because, in the film, you can see the address of the shop.  From his car, Leiter can track the 007 homing device and drive towards it.

So, we are heading to that location right now.

We are pulling in the parking lot now.   Over the years, things have changed, but the Kentucky Fried Chicken shop is still here, but now called KFC.  It has been totally remodeled over the years as you can see here, but it is the same location where this part of the film was shot!

Though lots has changed, it is nice to see that this spot is here.  Of course, it was an important shot because it showed that Bond’s device, along with the note about the Operation Grand Slam details, might be found by Leiter in time.  Bond, of course, did not know that Mr. Solo would singularly be eliminated in a crushing event coming up.

As an aside, as reported by Martijn Mulder in his book, On the Tracks of 007, the director Guy Hamilton was so thrilled to find a Kentucky reference in Miami, since this was supposedly taking place at Goldfinger’s ranch in Kentucky, when he found the Kentucky Fried Chicken shop!  At the time he did not know it was a restaurant chain with restaurants all over the United States!

As Oddjob drives Mr. Solo to the airport, Mr. Solo notices that Oddjob misses the airport exit on the road.   The ride to the “airport” partially takes place on 7th Avenue, but lots has changed on 7th Avenue over the years.   At one point, you see a shot of the Lincoln in front of Royal Castle, as it then turns left near a Sunoco gas station and Joe’s Drive–In, at Opa Looka Bvd., then you see Leiter’s car pass a Ford dealership on the left, then the Lincoln is passing the International Airport sign, Solo notices, then the Lincoln turns right and Oddjob stops, turns around and shoots Mr. Solo dead, then proceeds under an overpass, to the Atlantic Iron & Metal Co., turning left into the yard, located west of the Miami International airport.   There is a railroad track running parallel to the fence in the movie.  We have been driving down this avenue, trying to find the location of the metal recycling plant that was used for this scene in Goldfinger.

Goldfinger gets out of the car, a huge magnet picks up the car and moves it to a crusher with Mr. Solo and the gold still in it, and the entire car is crushed to a heavy cube, which is loaded in the back of a blue Ford pick-up truck and driven off by Oddjob.  As the car gets crushed, Leiter loses the tracking signal.

So, Leiter returns to the farm (Goldfinger’s ranch).

Here is a shot of what this metal–works company looks like today:  a new name, some changes like the fence, but the entrance is just about where it was in the movie, and there is a remnant of a railroad track that can be seen.

This is not in a great area of Miami, so either be very careful when visiting this film location OR just enjoy this location from the comfort and safety of your home and watch our video!

This famous hotel is used for establishing shots in Goldfinger, meaning the main cast did not shoot here.  Many of the scenes, like Goldfinger playing cars near the pool, and Sean Connery observing the card game from Goldfinger’s room were shot in studio, and the backgrounds used ala greenscreen that second unit in Miami actually shot on location at the Fontainebleu.

This resort has been frequented by Presidents of the United States, and many stars performed here.  Many things have changed over the years since Goldfinger was shot in 1963/`1964.  The entire pool area is different.

For purposes of our filming on this location, we contacted the public relations department of the resort, but they were not able to accommodate us at the time of our visit but promised to work with us when the resort was less busy.  So, we are shooting this on our own.

Because the stars of the film never really shot here, the Fontainebleu becomes a secondary Bond location, but we think still worth a visit.   This kind of reminds me of The Drake Hotel in Chicago’s role in Mission: Impossible 1 – it never appeared in the film, but played a key role in the plot of the film.  Here, the Fontainebleu appears in the film for several shots, but the stars did not shoot their parts here.

Also, you see in Casino Royale in 2006, Daniel Craig has a couple of scenes in Miami, yet those scenes were shot in Prague! 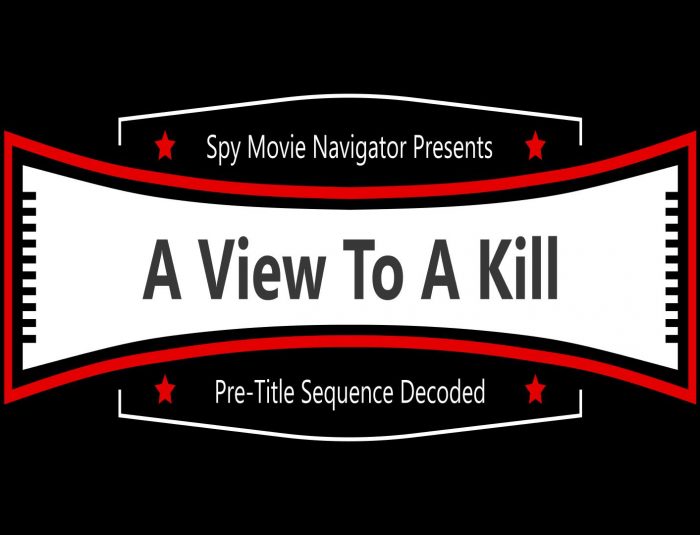 James Bond’s A VIEW TO A KILL – Pre-Title Sequence Decoded!

Join agents Dan, Tom and Vicky as they decode and uncover new discoveries and connections in the pre-title sequence to A View to a Kill! 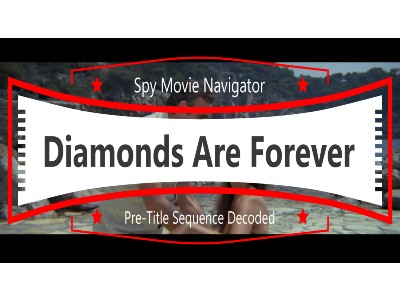