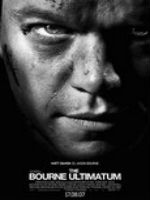 Jason continues his journey and finds out more of his past. He is targeted by the newly named Operation Blackbriar. This operation is just an upgrade to Operation Treadstone. The CIA renews its hunt for Bourne, who obtains documents proving that Operarton Blackbriar has been targeting US citizens. At the end, he confronts Dr. Hirsch, who oversaw Jason’s transition into a Treadstone operative.