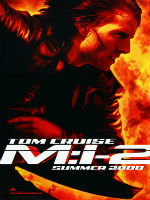 In this curation of the movie, we talk about other movies as they relate to this film, and look for other connections:

Ethan Hunt leads his IMF team on a mission to capture a deadly German virus before terrorists release it.  Others, too, are seeking out samples of the disease, making the Mission more Impossible.  A gang of international terrorists headed by a turned bad former IMF agent already managed to steal the cure.   And now, they are after the virus as well, making the mission more impossible than probable.

So, join us as we explore together the main video clips from the movie, and dive deep into how the movie is impacted by other spy movies.  Or, how will it impact the ones to come?   Why are we focused on integrating multiple spy movies even when we are curating a single movie?  Because many are connected to other spy movies, real events and more.  We are about podcasts, videos, and discussions – and you can participate in all!