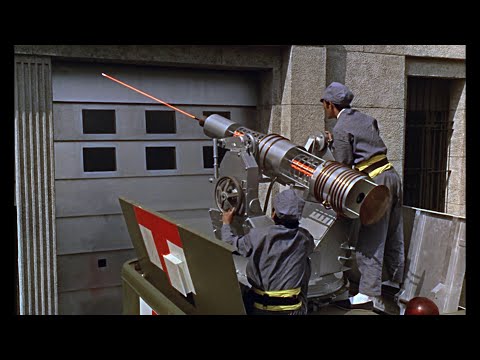 Lasers have been used in lots of spy movies. They can enhance a scene and are often used as cutting or security devices.  For instance, the first use of a laser in a spy movie is in the third James Bond movie, Goldfinger.

Who developed the first laser?   We’ll cover that to understand the timeline of this awesome technology.  After that, we discover how different movies influenced each other with the use of lasers!

We’ll look at key scenes from many spy movies:

We see lasers in scenes from all of these spy movies.