James Bond has been big for decades!  Spies still rule movies, and James Bond still rules spies!  There have been six actors who have played James Bond so far in the EON Production James Bond 007 movies.  Hundreds of articles and polls rank these actors as to who is the best, with rankings from one to six. There is some consensus that people like Sean Connery the best.  Daniel Craig is ranked highly as well.  And, there are those who love Pierce Brosnan, and others who adore Roger Moore. Many times, what influences a person’s rankings or favorite Bond is the era in which they grew up. If you grew up with Pierce, then a lot of people like Pierce and so on. As a result, that means that there are two who are the lost and overlooked Bonds.  We would like to concentrate on these “forgotten” Bonds. Namely, George Lazenby from On Her Majesty’s Secret Service, and Timothy Dalton from The Living Daylights  and Licence to Kill.

Is George Lazenby - A lost and Overlooked Bond? 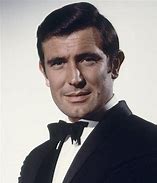 On Her Majesty’s Secret Service is just one of the best Bond stories Fleming ever wrote. And while bringing it to film, EON Productions stuck very closely to the Fleming text. George's only acting experience had been in television commercials.  Still, he landed the role after Sean Connery decided to leave the franchise.

George Lazenby was a believable, emotional, real-person Bond: much like Fleming wrote Bond. For example, look at the scene  at Draco’s birthday party at the bull ring.  Bond follows Tracy down the stairs and speaks with her just outside the bull ring.  Lazenby's acting is just spot-on, he's a believable guy. He's a guy, not just a spy guy.

In the last scene, he is cradling his dead wife in his arms in the car after she is killed.  George is just outstanding. We believe is a very real Bond.  He's a very believable spy who is also a human being.  Lazenby gives a very consistent portrayal of Bond throughout this production.

Lazenby should have continued to do more Bond films, but he received advice from agents or friends that he should move on. And he did. That is too bad because we think he would have been better and better as Bond, and a very solid contribution to the history of the franchise. George Lazenby, at the time of this writing, is still active.  He participated in the 50th Anniversary of On Her Majesty’s Secret Service celebration held in Portugal and Switzerland in 2019, and is active on Twitter at https://twitter.com/lazenbyofficial  We truly believe that George Lazenby is one of the lost and overlooked Bonds.  That is unfortunate because we really liked his performance in the role.

Is Timothy Dalton - a lost and overlooked Bond?

After Roger Moore left the Bond franchise having done seven James Bond films, Timothy Dalton stepped in as the next James Bond, for the 1987 film, The Living Daylights. His take on the role was to bring back the Fleming-esque elements of Bond – the blunt instrument of the government – the tough, rough assassin who is dedicated to Queen and Country.   The transition from a very light Bond portrayed by Roger Moore, with a more tongue-in-cheek approach, lots of funny quips, more humor than we have seen ion any other Bond – to Timothy Dalton’s Bond was like Evel Knievel leaping across Grand Canyon on a motorcycle – a huge challenge.    In short, after seven Bond films with Moore, the viewing public might not have been ready for this take on Bond. Dalton played a very serious James Bond – with few quips, few smiles, and a very hard-nosed focus on getting the job done, and in a way that was a very believable approach to how a spy in the real-world night work. The missions were more down-to-earth too: transporting a defecting spy from the Russians to the British in The Living Daylights, and capturing a South American drug lord in Licence to Kill.  This is stuff that really happens in the real world – not dealing with some demented, super-megalomaniacal enemy who wants to rule the world. Although in real life we have some instances of that.     We like that “normal” approach to the spy world – which is more realistic.  However, we have enjoyed the world domination theme as well in the other films.   With Dalton, you can see several things which stand out in his acting:

• Saunders gets killed and Bond runs to his side. A balloon blows in with "Smiert Spionom" written on it.  Dalton's angry face says it all - he will retaliate.

And then finds Felix in the body bag - his face just says it all - terrific acting.

These are just a few examples. Dalton did a great job as Bond and we wish he would have done more Bond movies. For a variety of reasons it was not to be.  This was partially due to delays in the next release (6 years).  Some licensing issues and rumors that lower box office numbers had something to do with it.  But, Dalton himself says, they approached him to do GoldenEye. However, they wanted a 5 movie deal.  As a result, Dalton thought that would be the rest of his life and turned them down.   See this article in Esquire where he talks about this very point.    In our opinion, Timothy is the other lost and overlooked Bonds who deserves more credit than he gets.

In short, these overlooked and mostly forgotten Bonds deserve an honored place in Bond movie folklore, performance, and durability. They have survived the years, and more people now think that their work should be appreciated as part of the James Bond 007 movie franchise.   Therefore, we salute both George Lazenby and Timothy Dalton as rightful Bonds!  What do you think?